Lalapa Safaris, owned and operated by Ray and Theo Kemp is a family-run hunting outfit based on the Langverwacht Ranch, home to the Lalapa Safari Lodge in the Eastern Cape, South Africa. The lodge together with the surrounding hunting grounds is the pride of the Kemp family, with a legacy of nearly 150 years.

Hunting in Africa is a unique encounter, unlike any other hunting experience available worldwide. Whether you are a first time hunter looking for an all-round introduction to hunting in South Africa or a seasoned veteran looking for a new adventure, Lalapa Safaris can supply the right hunt for you.

A land of rugged beauty and adventure, the Eastern Cape offers some of the finest plains for game hunting. We are blessed with the terrain, vegetation and climate suited to just about any type of animal, allowing us to offer a phenomenal diversity in species, unmatched anywhere else in Africa. The Eastern Cape’s moderate climate allows for hunters to be accommodated throughout the year.

The Eastern Cape of South Africa remains one of the safest travel destinations in Africa. We have a very moderate climate, disease free with zero malaria concerns. As a family-run outfit Lalapa Safaris encourages hunters to bring their families along and we have guided some inspirational female and young hunts over the years. The home of Lalapa Safaris is only a short drive from some of the world’s best beaches and 800 km of unspoilt picturesque coastlines where the warm Indian ocean tumble onto quiet beaches. The Sunshine Coast stretches into the Garden Route, meandering to the Western Cape, home to the most southern tip of Africa and Cape Town, the jewel of South Africa. Lalapa Safaris has its own 8 seat tour vehicle and personalized tours can easily be arranged.

There is no substitute for experience, and we’ve had many years of networking in the hunting industry. The hunter can relax and feel confident that our staff, lodges and skinning facilities are first rate and with our team of experienced professional hunters our large concessions will provide quality trophies. We have definitely earned our stripes.

At no stage in African hunting, with the influence of modern day technology and new age values, has one company maintained the fundamentals of old school values and ethical hunting in the way that Lalapa Safaris proudly has. Every hunter who treads the paths of this great family’s 150 year heritage becomes a part of history, a part of a tradition that stands for far more than a passing trend. This is our heritage and our signature in time.

Our Package Deals include daily rates and trophy fees.

Feel free to contact us should you have any questions or would like to customize your hunt.

Let Lalapa Safaris help you customize your hunting safari and advise you on the best safari timing for the different animal species.

To view our Daily Rates and Trophy Fees  click here. Alternatively contact us NOW with any questions regarding your customized hunt. 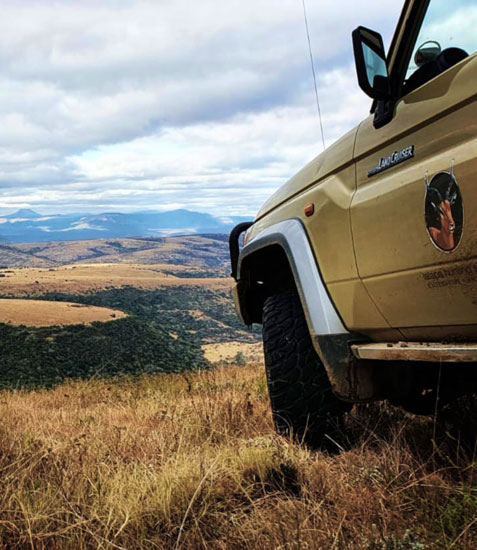